Not as illegal as it used to be.

You may not have known this, but I'm a proponent of early education. So I assigned our children homework assignments; learn all there is to know about a country so we can visit it appropriately and not stumble around like bumbling tourists. Well, my lil' bambino is apparently a slow reader -- he took 2 years to plan our trip to Cuba. 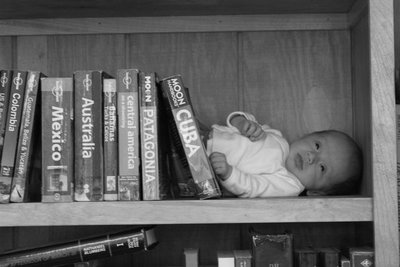 And not only did he plan our trip to Cuba from Canada in February, he picked a massive historic blizzard as our departure date. 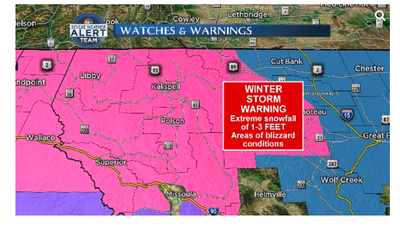 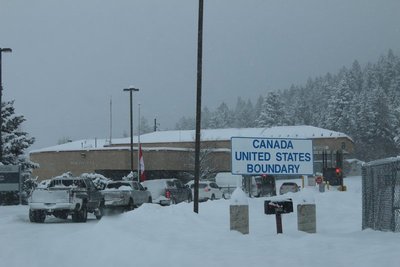 We expected Cuba to be a slight challenge; traveling with 2 2-year olds, bicycling a part of the country with rented Cuban bicycles, and the general communist absurdities. But our trip met some hurdles before we left -- horrible weather conditions, late flights leading to missed flights, living in airports and malls to kill time. But our kids, inheriting Jared and my traveling skills, embraced the challenges and became amazing adventure travelers. 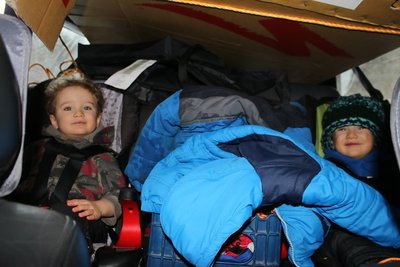 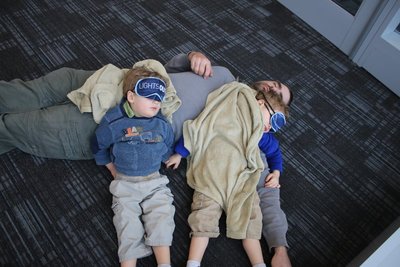 If you can imagine what traveling is Cuba is like, we encountered That experience. The country has beautiful 1950's American taxis competing for space against horse-wagon taxis and bicycles. 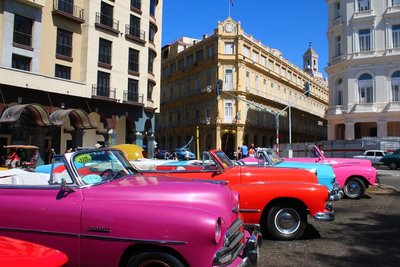 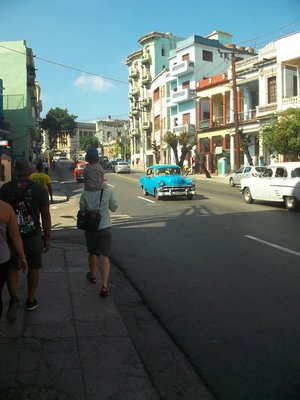 There are castles and palaces among dilapidated buildings. 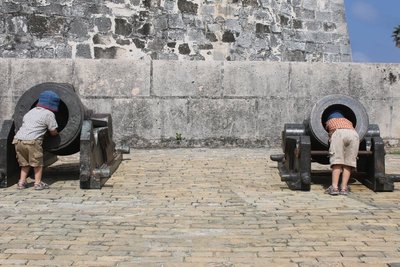 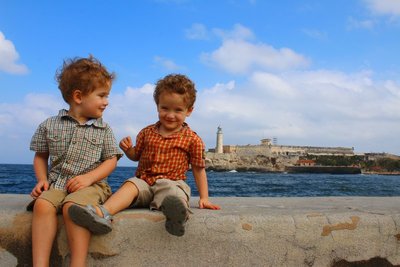 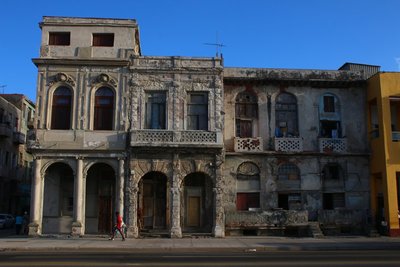 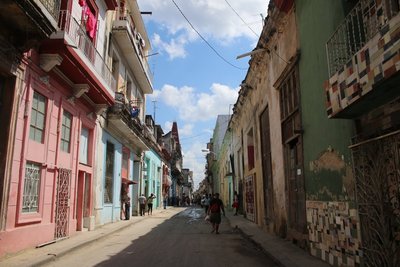 We had been advised to walk in the middle of the street to avoid parts of buildings falling on our heads.

There is the constant propaganda of fighting the revolution and the idyllic portraits of Che or Fidel wherever we turned. 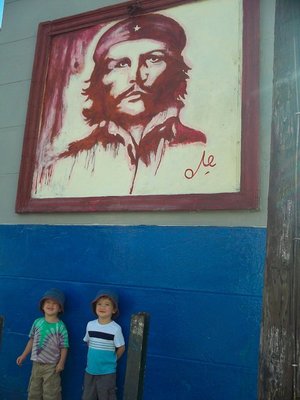 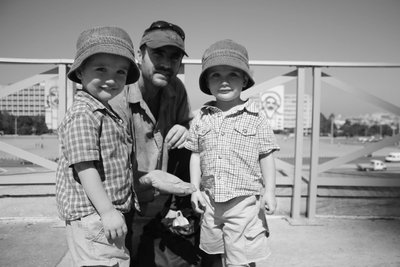 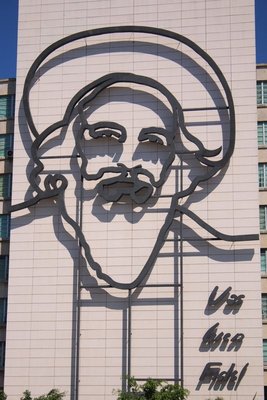 And there is the constant absurdities that we encountered, few of which could be physically documented. It started on arrival at 2am, when I tried to convince the customs agent that in fact, it should Not be illegal to bring in dried fruit to their country, since they are for my children who may not eat the Cuban cuisine, 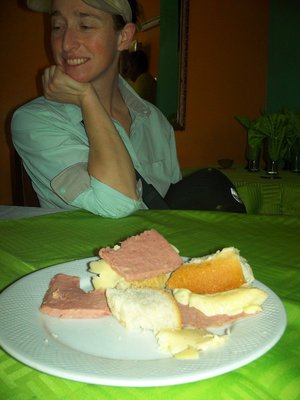 (40 centavos worth of potted meat on stale white bread) and if she would just try a sample, she would see why the bags shouldn't be thrown out. Luckily, my childrens' forlorn looks (perhaps they were simply tired) convinced her that she "never saw the dried apples" and we went happily on our way... with 2 gallons of dried apples.

There were the multiple occasions where I was sitting next to a local on the bus, listening to music or in a plaza. 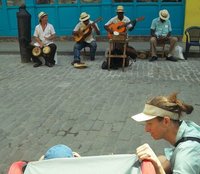 After an individual learned of my native country, I was promptly educated on the atrocities of my ancestors. For example, one man (whom had never gone to school or left Cuba), knew the capital of Montana and the day Sitting Bull was massacred in 1890 along with multiple details of the plight on Native Americans in general. Another man questioned me on Trump's wall building at the Mexican border and proceeded to educate me about the war against Mexico in 1846 and the Treaty of Hidalgo. Then there was sitting next to Maxwell, an evangelical Cuban who looked Finnish, rallying for Capitalism to the left of me while Darien was befriended by a group of transvestites and homosexuals to the right of me. Unfortunately, none of these moments could be documented because whipping out my camera would have been inappropriate at that time.

Absurdities continued on as we tried to get Cuban rental bikes at the bike shop; 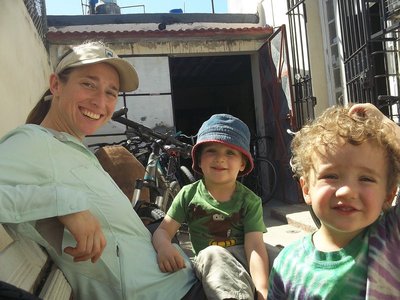 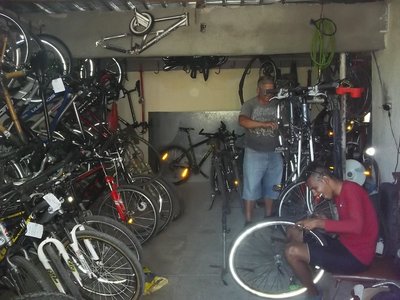 When the shop gave me the obligatory spare tire, I proceeded to tell them it wouldn't work because the patches on it weren't attached fully. They then wanted to prove to me the spare tire worked, inflated it, and it exploded.

Or the moment when the kids were having a massive tantrum; they were frustrated with random women trying to squeeze their cheeks or hold them, and while we were outside our hostal trying to prepare for the day, an old woman began singing Spanish opera to try to get them to calm down. You would think after 10 minutes of their screams, she would deduce that her songs were not beneficial, but instead another random woman came down the stairs and began singing a duet with her, while handing my sugar-free home-grown kids lollipops. Because of this trip, when the kids see any woman anywhere, they now say "I'm scared of the lady mama."

But against all hiccups and random events of 'what the fuck', we were determined to enjoy Havana and get ready for our bike trip. And after 4 days of sight-seeing, the twins were ready for the next adventure - biking Cuba. 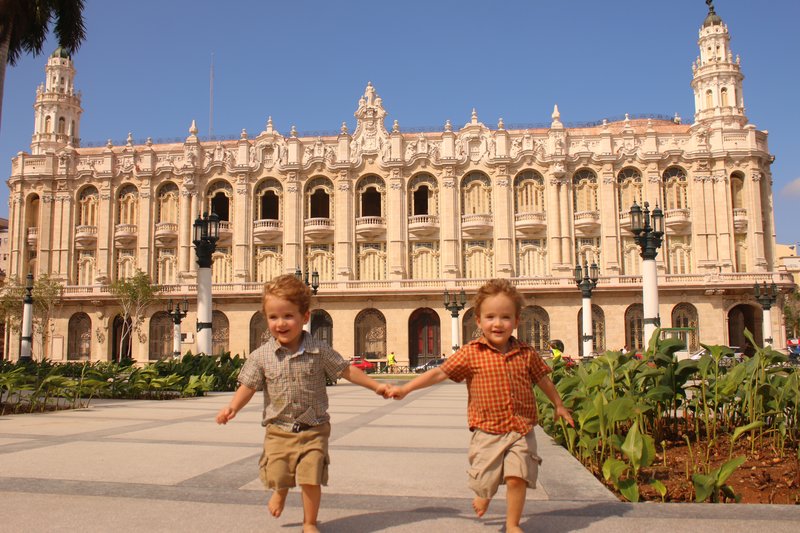 Posted by risajs 04:39 Archived in Cuba

Previous Next Table of contents

You guys are awesome, keep encouraging adventure! I can't wait to hear your inflection as you recount stories when you're home! Have fun on the bike journey! -The Three Bierers

Bueno, intrepid world traveling Sibbitts! After surviving Montana winters and Canadian blizzards (and twins) and previous travels with and without twins, you can handle anything and anyone who comes your way -- even opera singing ladies! Love your tales and your pix and can't wait for next installment. Love, Risa's mom

Good thing you knew how to say "dried apples" in Spanish.

Good thing you knew how to say "this spare tire sucks" in Spanish.

Terrific! So good to get the lowdown from the lady mama!

Comments on this blog entry are now closed to non-Travellerspoint members. You can still leave a comment if you are a member of Travellerspoint.

If you aren't a member of Travellerspoint yet, you can join for free.