Bogota Columbia, the land of bike paths and amazing graffiti. The town was off the hook. 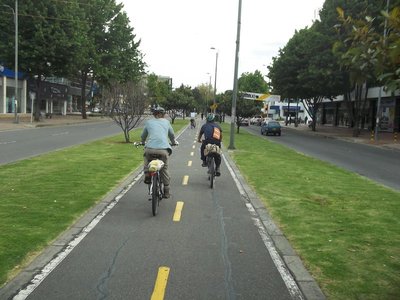 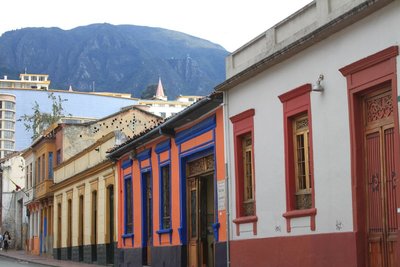 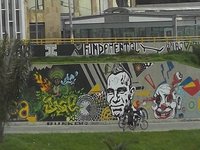 Our first task was to find a place to stay. Luckily Juan and Carolina took us right in, two awesome cyclists who started a grassroots cycling crew in Caraucas Venezuela and are now in Columbia to explore a new life. I have never enjoyed going up and down an old elevator more than with those two. Good luck on your bike tour, we will see you in Montana. 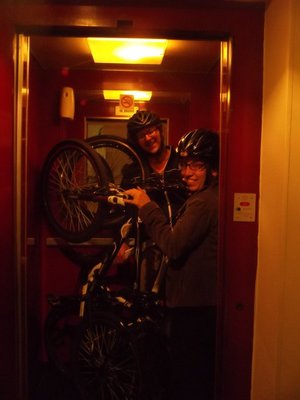 Our second task was to find our trustworthy bikes. After much walking, we found a bike store (amongst many many bike stores lined back to back with the same bikes and propoganda) to build our bikes at a reasonable price. I wouldn´t normally attach bike parts with a mallet like they did, but so far the bikes have not fallen apart.... 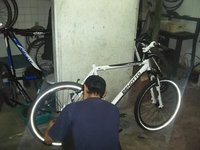 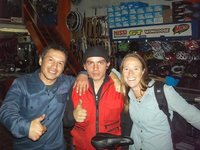 although I have already received my first flat. The original mechanic put in a tire that cannot be pumped with a handheld pump... and after a ton of explaining to different mechanics my needs to be able to pump my tires, one mechanic attached his pump and proceeded to inflate it to prove it was okay, except he wouldn´t stop until it blew up. He was no longer allowed to touch my bike. 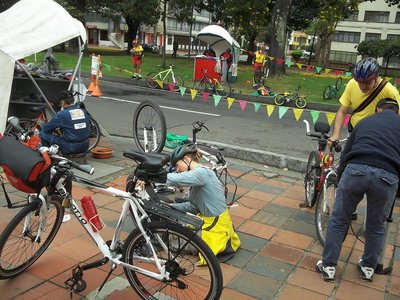 Task 3 was to test run our new bestfriends. So Bogota is more advanced for cycling than most of the cities in the USA. Every sunday, 70 miles of main roads are closed down for cyclists. 70 MILES! Families and adventurers come out in droves to take over the town. It was a good test for our bikes during the intermittent downpour. 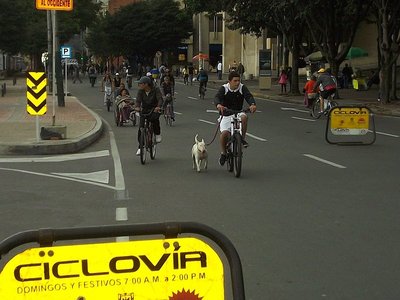 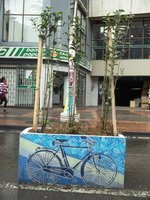 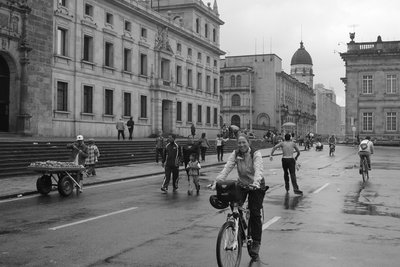 So Jared named his bike Clyde, because he thinks it is a trustworthy clydesdale that should be surrounded by beer. Thus, I am bennie. Not bonnie, but bennie, short for Bennotto, the brand name. The bike is engineered in italy, now made in mexico.

And so the adventures of Bennie and Clyde begin. 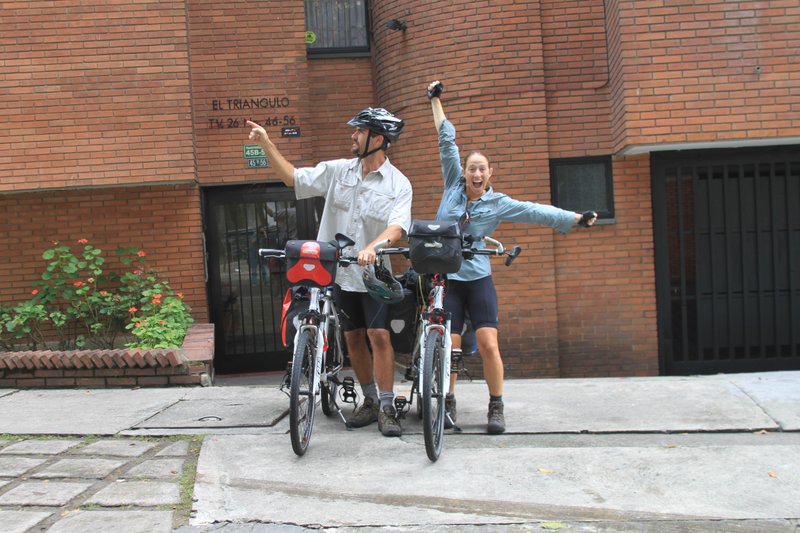 ¨Never go on trips with anyone you do not love.¨ -- Ernest Hemingway