The furthest distance between two points is by bicycle...

It happened just yesterday...we were biking along enjoying the absurdity of life on the road in Colombia 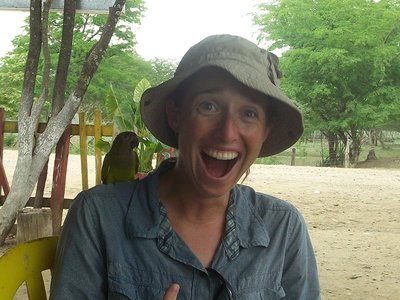 when out of nowhere, behold... an ocean 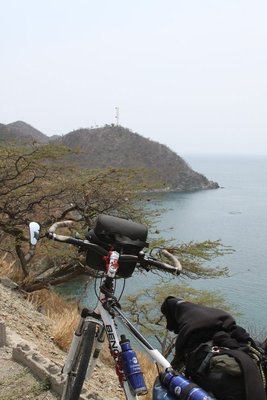 Of course, we knew it was bound to happen, that there would be an ocean at the end of our trip, but we are only halfway done! Having traversed Colombia from south to north and finding an ocean obstructing further northward progress we turn east tomorrow to begin the second half of our journey, going east to La Guajira in order to arrive west in Cartegena (kind of like going from Arizona to Montana via New York). 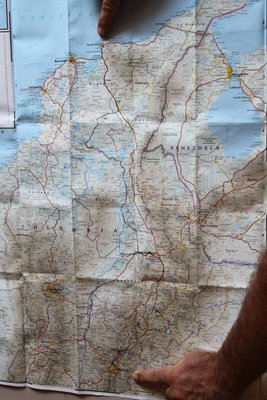 But not before examining a few absurd episodes of the last 2000 or so kilometers... 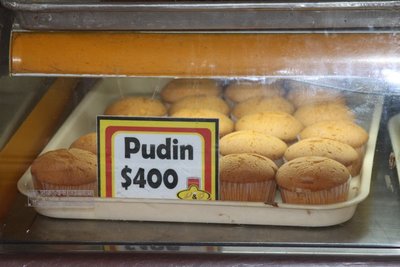 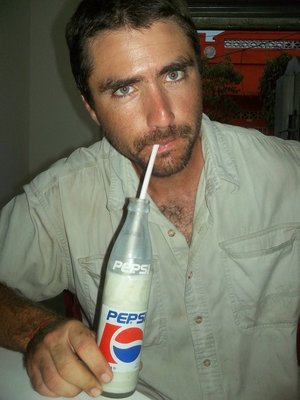 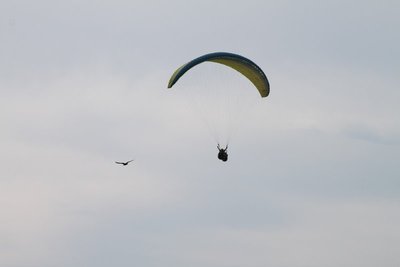 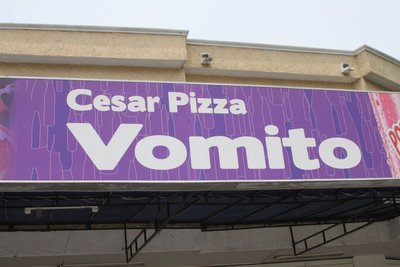 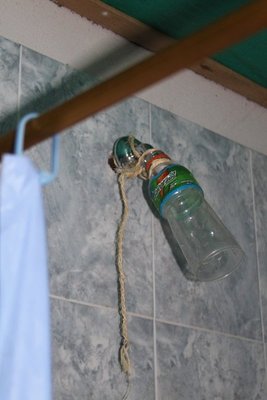 There is an investment opportunity here...Colombia is a modestly affluent country and becoming more so all the time...yet I have not seen a single shower head in the entire country, save this one. Some day soon the owners of all these rusty pipes coming out of bathroom walls will want proper shower heads, and when they do: BAM! Profit! Now the only question is, will this be before or after they start putting seats on the toilets? 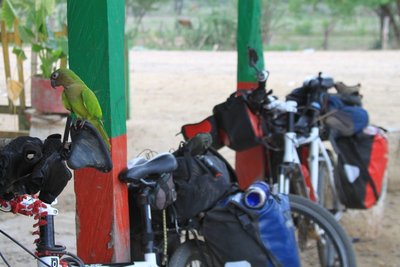 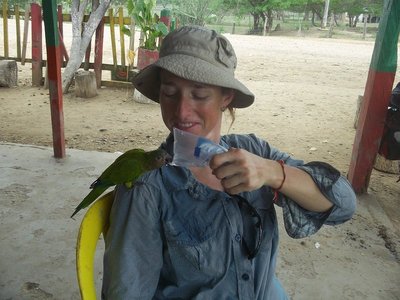 Then there`s the `wild`parrot who not only joined us for lunch, but Demanded, rather ferociously, some water. After having its share, it then proceeded to bite me on the lip while I was talking, which Jared took to mean you are more beautiful when you are quite. Oh the highlight of our day.

And Risa´s personal escort. We split up for the day as Jared need food to fuel his energy and I apparently run on solar power. So I went ahead, only be accosted by the police and personally escorted over a mountain `for security`against my will. We have been notified by many that this area is run by thieves, so the cops made sure I wouldn`t be robbed while chugging along over the hill. Jared was left later to fend for himself while I gloated that not one single car came near me as I pedaled along. 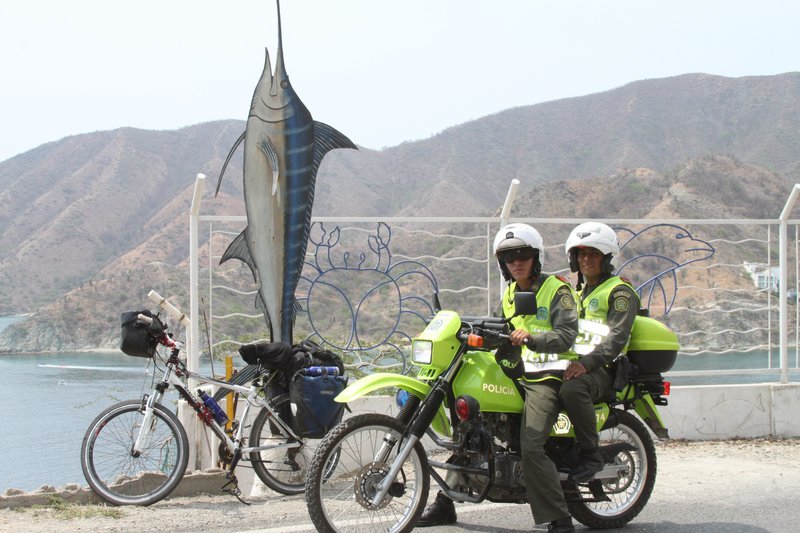