I blame my husband...

After all, he supported the idea.

If you know me well, you know that I don't want or need much. But if I want it, damned if I'm not gonna get it. So when I first drove over Beartooth Pass in Montana/Wyoming 16 years ago, I said to myself, "This! would be a good bike trip." And my desires don't just go away. They smolder. When my husband asked what I wanted to do this summer, as we had just recuperated from 2.5 years of exhaustion, tears, and hunger (the pregnancy plus first 2 years of raising twins were really rough for us,) I said I wanna bike the Beartooths. 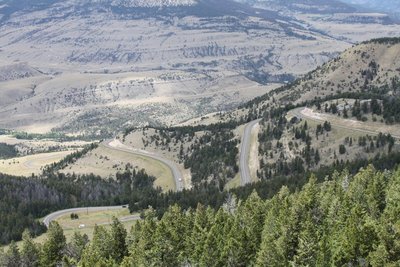 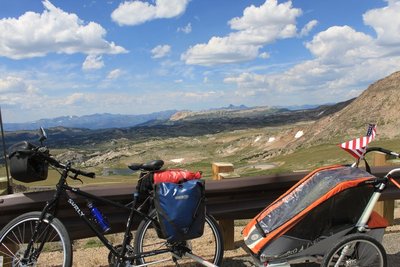 It didn't matter that the Beartooth Pass mountain range was considered one of the five hardest biking roads due to elevation gain in the United States. Or that we would be ascending roughly Fourteen Thousand feet over 3 mountains within 140 miles. Carrying 90 diapers with 9 days of food didn't sound too absurd. (There aren't any towns with supplies on the route...) After all, my philosophy was the kids would be heavier next year. So let's gett'r done. Let's scratch this damn itch! 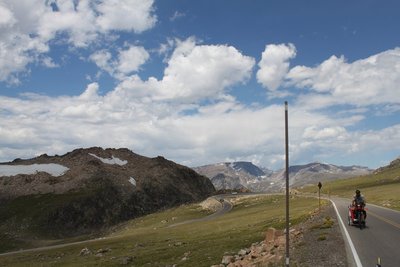 And I married the man who said ok. 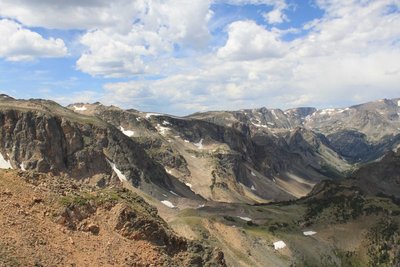 That which I never feared on previous trips caused a surprising amount of anxiety at first. Cars, narrow shoulders, bears, and lack of supplies/trash cans. Who knew I would care so much about a trash can!! But when you carry dirty diapers, you care. Yet it turns out the trip was safer than biking my kids around my small hometown. 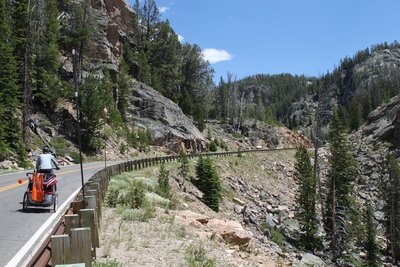 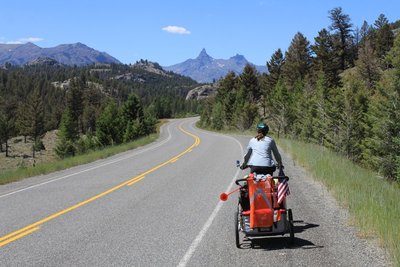 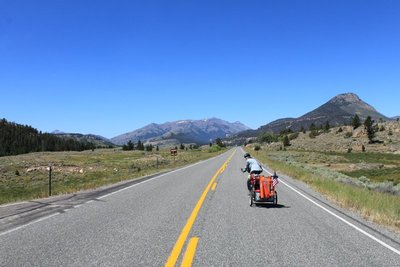 99% of the cars were extremely courteous and gave us incredible space. Narrow shoulders didn't matter because we saw one car maybe every 15 minutes. I've seen more bears in my backyard than I did on the trip. And it turns out I'm an amazing trash can poacher.

And truly, biking with my 2 year olds was easier than caring for them at home. They were always excited to visit some new lake, river, or waterfall. As long as there were sticks or rocks, nothing else was needed. No one was ever bored, and it didn't feel like the monotony of ground hogs day as it can at home when raising kids. In truth, there is very little I would do differently. 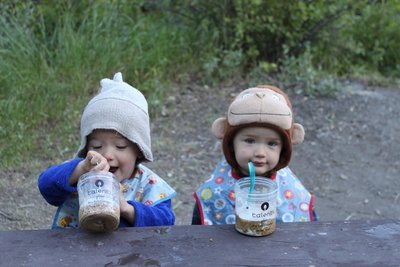 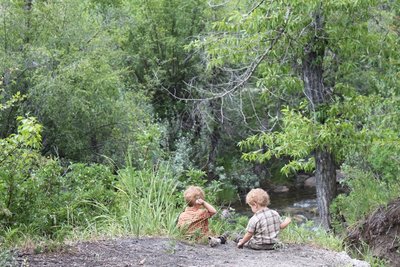 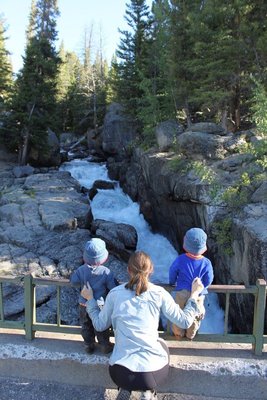 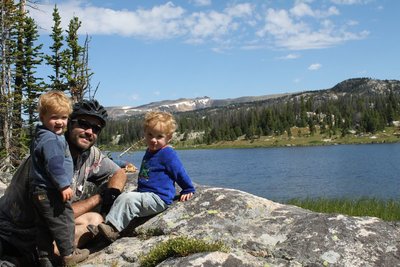 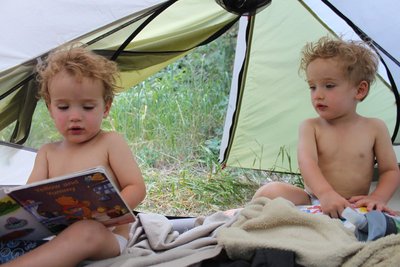 Granted, at times, it was extremely exhausting. But not the biking up a mountain pulling 150 lbs type of exhausting; more the nagging two year old who doesn't rest once you've landed in camp and will either bathe in the campfire pit or swim in the rushing river if you don't save them exhausting. There was no down time. Ever. 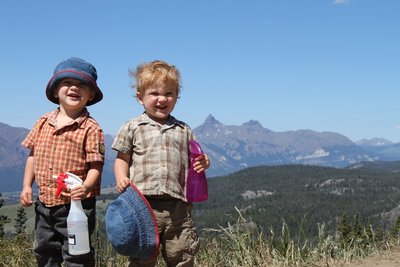 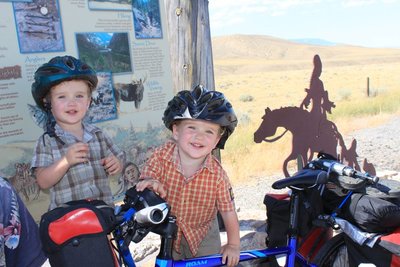 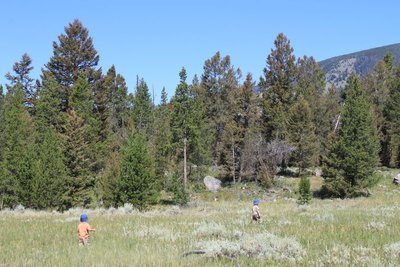 But it was totally worth it. I have finally become the person I used to stare at. As a single woman watching those families bike across countries, or carry little children up mountains, I'd say to myself, "I'm going to be them one day." And now I am. And I blame my husband. 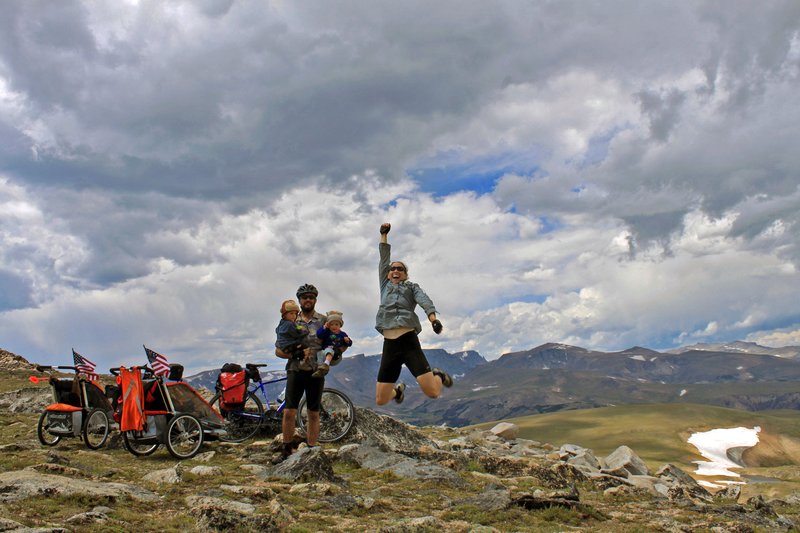