I need the room for my prostitutes. 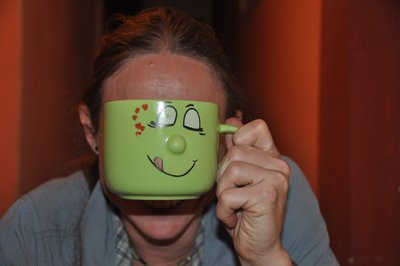 2 14ers and many bowls of chicken-toe soup later, we were living off the dollar, which is not an easy feat. But we managed to bike to Raqchi, some temple of the Incas more beloved than Machu Pichu to archeologists. And we were looking for a quiet place to stay. We found a hole in the wall hostel where our options were... 1.50 each to share a twin bed behind a plastic curtain with no lock.... or 2 dollars each for an attic with 6 beds. We splurged and chose the 2 dollars each.

Somehow between deciding on the room and moving in, the single bed behind the plastic curtain was now taken and love makin´ was goin on. No lie. Right behind our door. I was unsure if the lady rented by the hour, as once we moved in, she demanded we sleep in the dirty beds, or we had to pay .50 cents more each. I won the argument, but we slept in our sleeping bags to be on the safeside.

Later, we taught her son English, went to bed, and right at 6am on the dot, she burst into our room and said, in Spanish ¨It´s 6AM. Get out.¨ ¨Can we have 20 more minutes?¨ ¨Fine.¨ This is how I felt when she busted in. 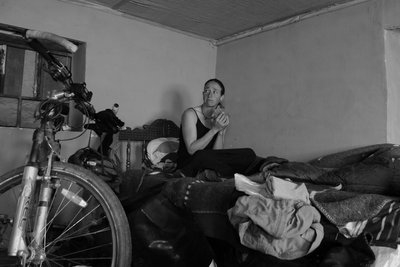 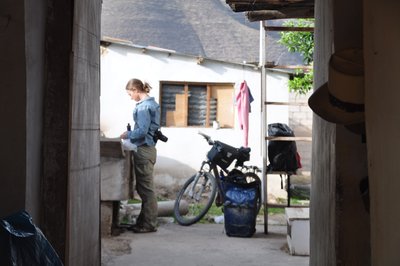 I wasn´t sure if she thought we needed to get a quick start to the day, or if she had more customers coming to rent out the place. Didn´t she know that men like to sleep in and she wouldn´t have clients for awhile? This is the only pic I managed to capture. 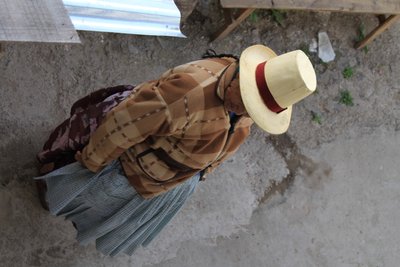 So we left, went to the Ruins 2 hours before opening, and luckily, went into the wrong door with our bikes and met the Doctor of the Minister of Culture for the entire area. 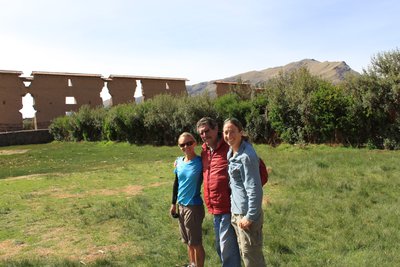 He was impressed with our bikes and our sweetness, let us in free and had his grounds keeper give us a 2-hour tour gratis. We even hiked up to the volcano. By the time we finished, the tourists had arrived. 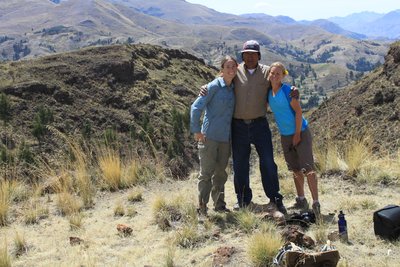 Many other stories have occurred. There´s the world´s tiniest volcano. Wish I brought marshmellows. 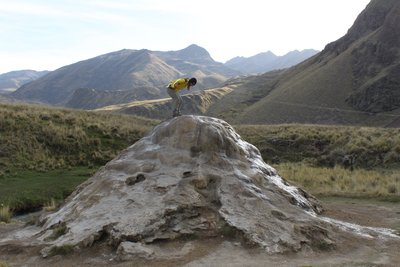 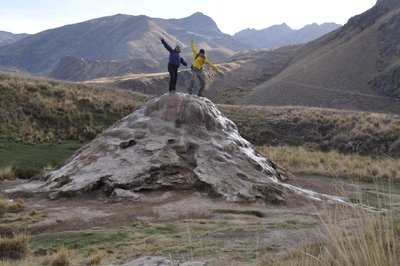 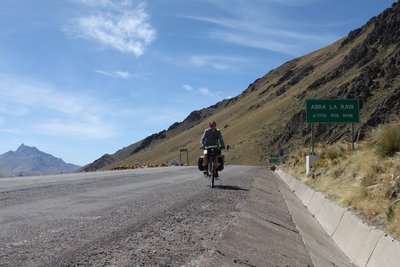 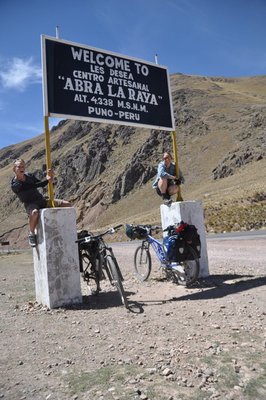 If Jared makes me go back to the ranch to work with his family, this is how I plan to round up the cattle. 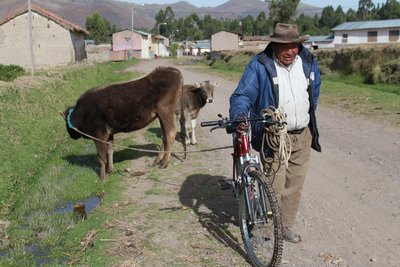 and a few other fun pics. 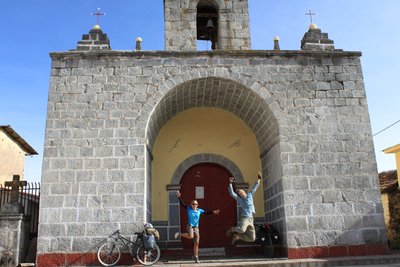 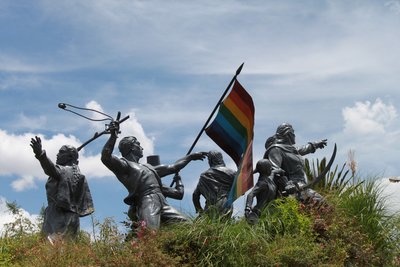 The students from Cusco went to Urcos to offer free haircuts. How can one pass that up? 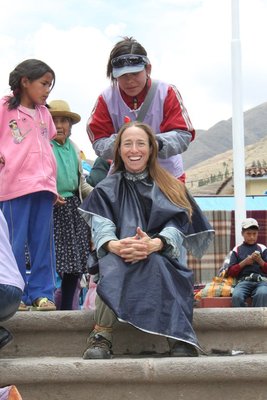 Currently near Bolivia, which I think will be a crazy ride in itself. Over 1000km down, many thousand to go.