Slow down before you stop 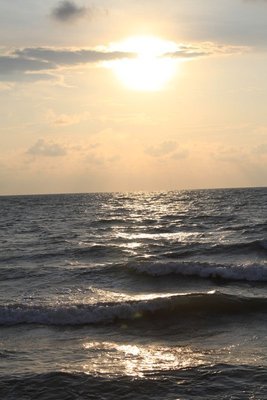 We had washed up on the beach of Tolu, about 150 kilometers south of Cartegena. A town where time sloooows down and the streets are noticeably quieter. I believe it is because this town has largely traded motorcycles for bicycles and thus the incessant honking of traffic is diminished. And when one can't afford a bike, they double up. 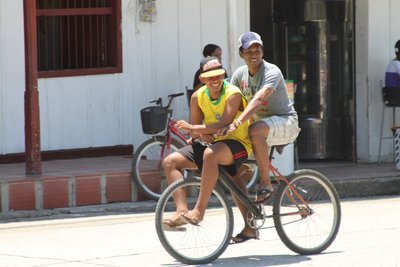 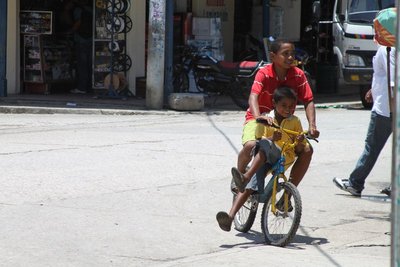 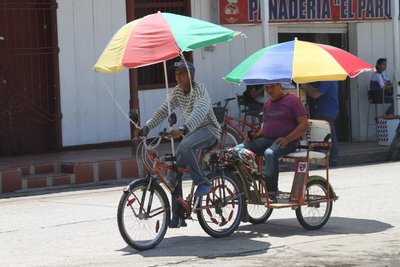 Or when they can't get a babysitter, they just hang the baby from the bike until it is old enough to stand on its own. 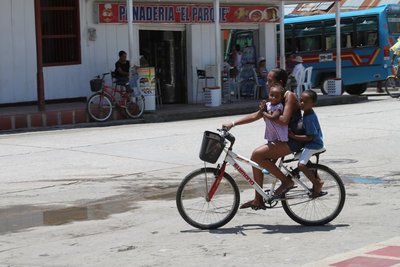 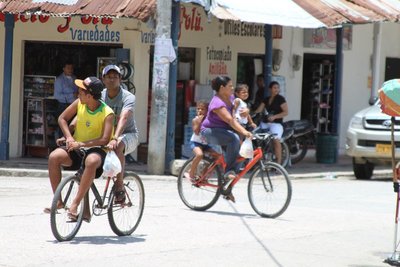 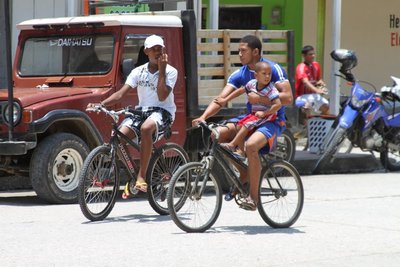 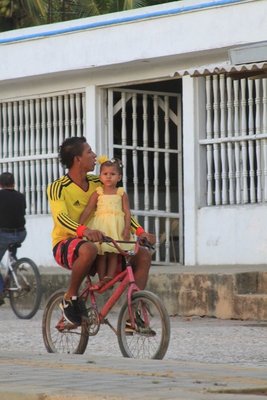 A town where if nature objects to development, the people shrug and let the tree alone. 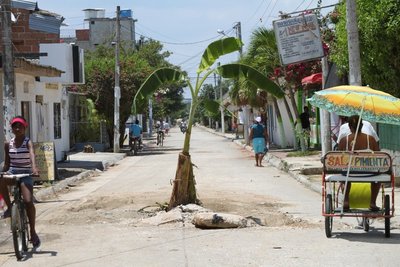 A town where the party bus only goes as fast as the slowest peddler. 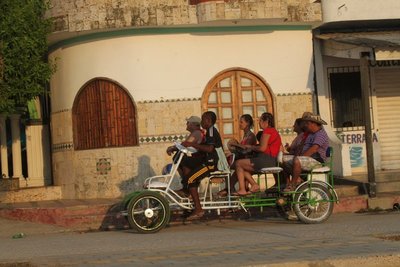 A town where women's necks are stronger than most cyclists legs. 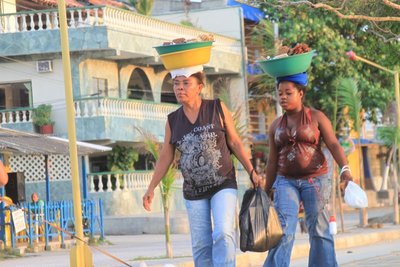 A good town to slow down for a few days.

But eventually we had to leave, as we had a plane to catch and a classical colonial Caribbean city to explore first. It was time to head to Cartegena!

Have you ever been away from home for awhile, traveling, or working, or otherwise elsewhere, and as you approach your hometown nearing the last exit on the interstate, been taken by a sudden feeling, a compulsion to stay on the highway, veer left into the thru-traffic lane rather than right into the exit lane and in so doing...just keep going?

Three times already we had come to crossroads, with signs and roads pointing the way to Cartegena, and each time we had taken the other, longer, indirect route elsewhere. Now we had crept in, sideways, to within a day and a half bike ride of Cartegena. It was time to stop seeking the other paths and complete the final leg of this journey that we had set for ourselves all those months ago.

Why Cartegena? Because it is the jewel of Colombia, the finest colonial city in the Caribbean, if not all of South America. To a couple of bike tourers weary of boiled yucca and fried plantains, it promised world cuisine and hotels with shower heads and toilet seats. And finally, it also had one more important feature: an international airport and the promise of a ride home. 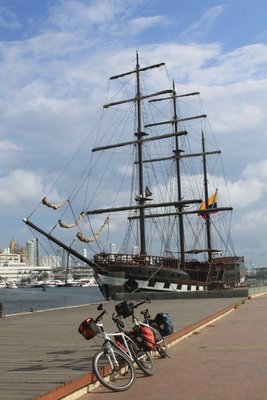 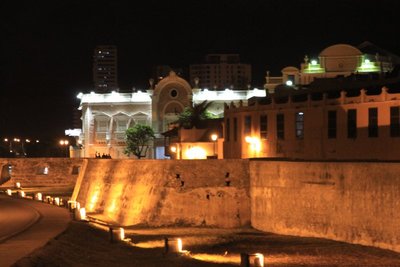 In this historic walled city on the edge of the Caribbean, the treasures and pillage of the Spanish Conquistadors piled up before being sailed back to Europe. Fending off (or occasionally succumbing to) pirates and invaders, for 300 years her defensive walls and fortifications grew in size and strength. 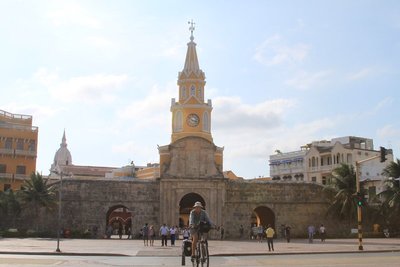 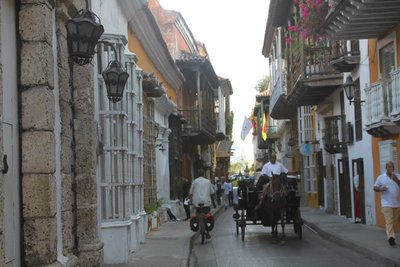 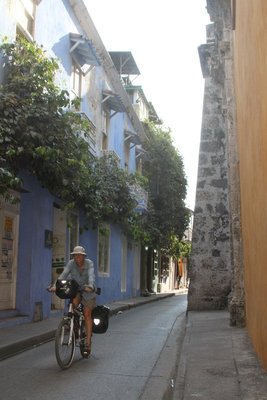 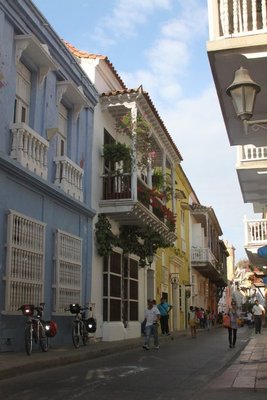 Today, tourist shops fill the cells where prisoners of the revolution were once held. The cannon balls fired by Sir Francis Drake in his sack of the city in 1586 are on display in glass cases, and the immense Palace of the Inquisition, with all its gruesome instruments of torture on display, hosts crowds of gawking cruise ship passengers every morning from 9:30am until noon. Which leaves one to ponder our place in the great arc of history. 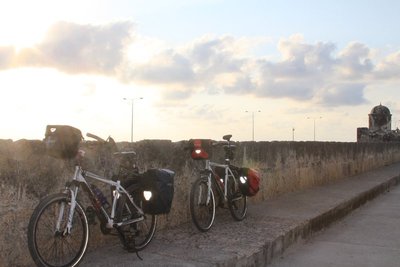 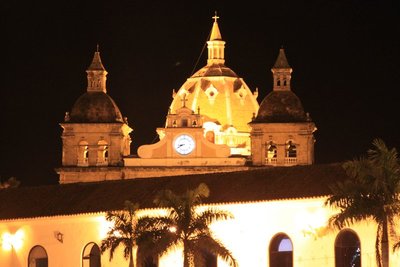 We spent a week in this lovely city. While sitting in the plaza wondering how to sell a used bike, a passing German ex-patriate passed by, commented on the beauty of the bike, and proceeded to buy it. (It is remarkable what problems may be solved by sitting in the plaza for awhile with a smile.) 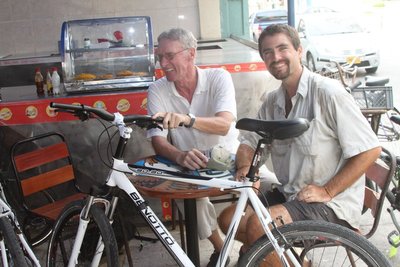 We ate wonderful food, played chess in the parks, danced salsa in crowded bars, made friends, had interesting conversation with interesting people, and watched the sunset every evening from atop the city walls. But mostly we did lots of very little, an enforced period of rest and stillness we had not had on this trip, and seldom enjoy even at home. We. Just. Were. 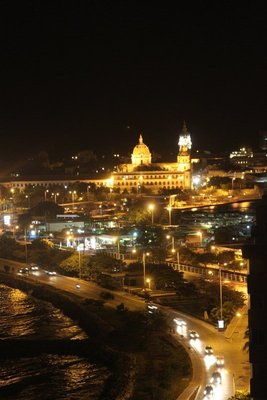 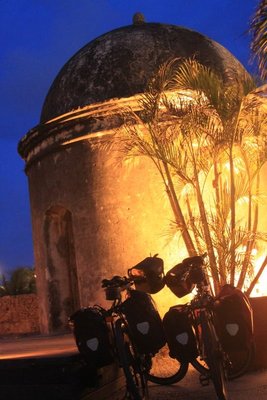 And then before we knew it, it was time to go home. 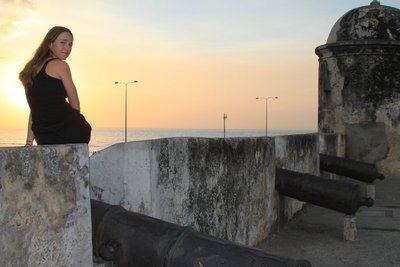 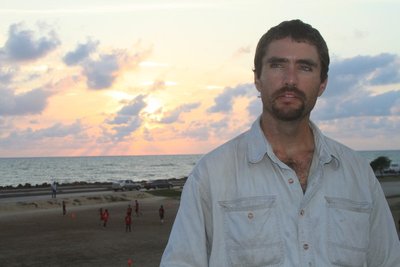 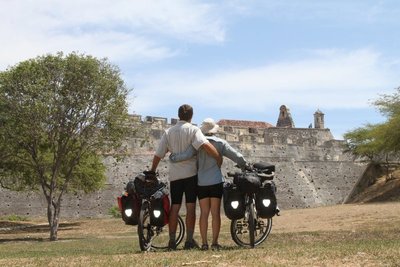