I´m afraid that I might fall flat on my face...

when all this luck runs out.

“Travel is fatal to prejudice, bigotry, and narrow-mindedness.” - Mark Twain 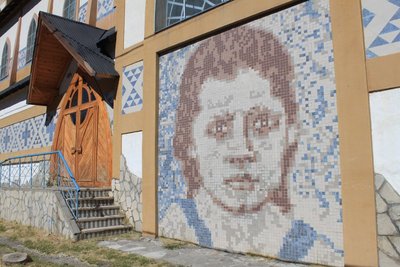 I don´t know why the Gods like me right now. I never broke into some fire-ridden building and rescued 3 babies and a puppy, I never disarmed a criminal before he shot a family, and never donated my organs to a dying child. But for some reason, the gods like me right now. And the only fear I have is what happens when they get distracted.

I left Mendoza and made it to the northern tip of Patagonia.... the place I can call home. It´s like Montana, except no one understands me. But then again, in Montana, no one understands me either, so hey, what can you do but smile. It was 2 days before Christmas, and I had no plans and nowhere to stay. So I e-mailed some girl I had never met from CouchSurfers (A website where people let you stay at their house as they are travelers too and know what traveling is like). I asked her if I could sleep next to her home since it´s Christmas and hostels are super expensive right now. And I was heading into rich-traveler territory. She said ¨No, I cannot stay next to her house as there are too many people there, but she had a friend I could stay with, inside the house.¨

So I showed up the day before Christmas Eve, which is the important day for Argentinians, and this couple, Pastora and Domingo, took me in. They were awesome! They even gave me my own guest house, with roommates---2 parrakeets, a chicken, a rooster, 2 parrots, and a hedgehog, not a porcupine... and don´t mix them up! Surprisingly, the animals are fairly quiet and it´s some of the better sleep I´ve had in Argentina. 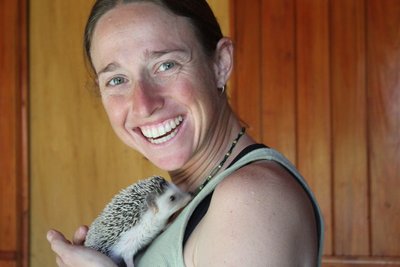 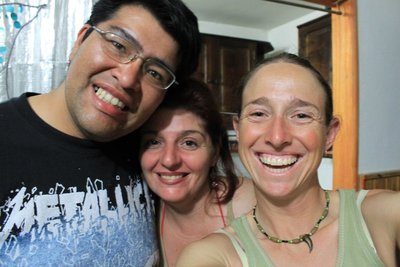 They´ve fed me 3 meals a day, and I introduced them to American pancakes. Argentinians don´t eat breakfast, but they loved it. But for random strangers to take someone in on Christmas was more than I could expect, and I am very greatful. So greatful in fact that I proceeded to make them pancakes two more times before I left, as they insisted. 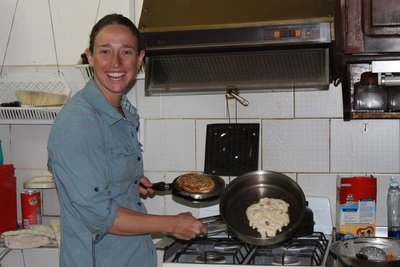 Sometimes, I feel like Tom Hanks in Forest Gump. I bike because I like to. When I´m weary, I stop. When I´m hungry, I eat. When I´m tired, I sleep. I just feel like biking. Life is like a box of chocolates... and if you leave it out in front of me, I will eat the box in one sitting. But over the holidays, I´ve felt like Tom Hanks from Castaway. I wanted to spend Christmas Eve in the woods, so I biked up to a lake and found my island! 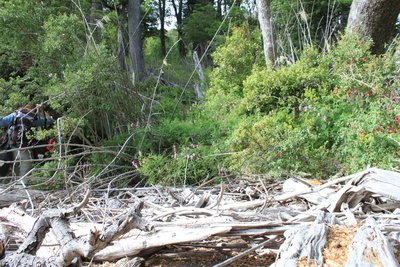 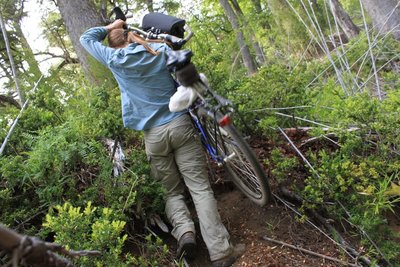 It´s not accesible by car and not easily by foot. I had to carry my bike down a cliff and through the woods to get there, but for 3 days, I was in heaven. Complete silence, snowcapped mountains, crystal blue lake, fish jumping out of the water. Here´s my backyard... and my front yard. 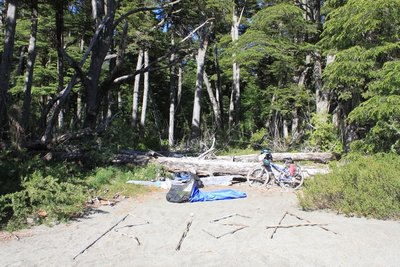 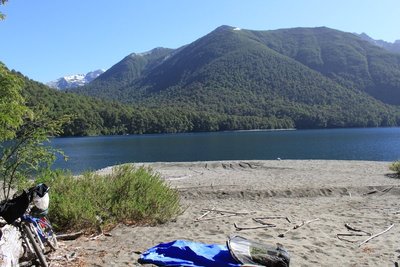 But spending time alone, one gets creative, and a little bit crazy. It doesn´t take years, or even months. A lot can happen in three days. I taught myself how to spearfish... and enjoyed a good meal of pasta and soup for dinner. 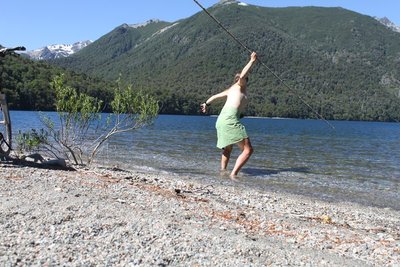 I even found a friend, and I call him Wilson. 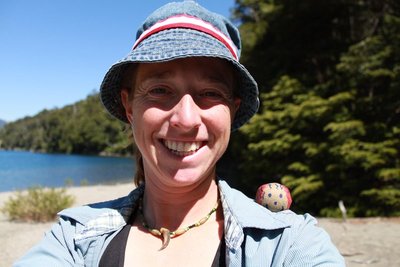 But all in all, it was some of the best 3 days I´ve had since I left the states. Complete bliss. I hope your Christmas was as good.
FELIZ NAVIDAD! 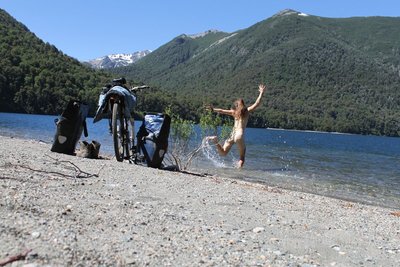