32 walks around the sun

and my legs are tired

So turning 32 in another country. Isn´t so bad; I turned 21 in an igloo in Wyoming, 24 in Ireland and I don´t remember it--either it was non-memorable or their was too much beer as it was Ireland. And now 32. And there have been some good gifts so far. 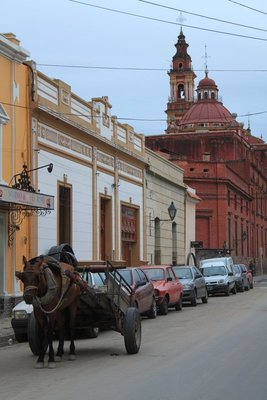 Made it to Salta. I was having trouble with my knee and didn´t know if I could keep going, not for 4 months anyways. I mentioned it to a biker dude I was sleeping with--in his house mind you, and he sent me to his friends store. I told them my story, and they looked at my bike, and levitated this and moved that and balanced one thing and adjusted another. I was doubtful and expressed my hestitation. Turns out the owner was the 3 time mtn. biking PanAmerican champion for Peru, Argentina and Chile. 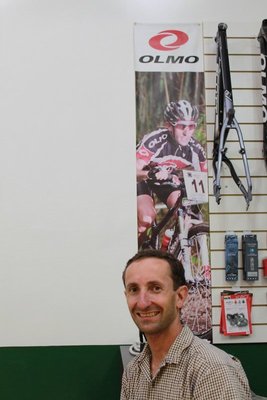 And he was so damn nice! and knew his sh·t. So I stopped doubting him, then his buddy tweaked the brakes, greased the shocks, tightened the bars... all for free. And my knee has been much better since. If anyone ever needs a hand in Salta Argentina, head to Macia´s bike shop. He saved my trip and probably my life. 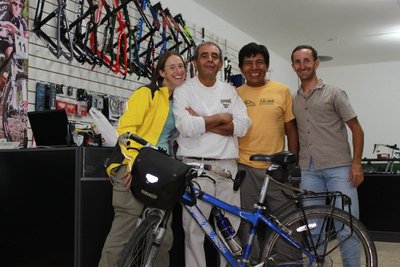 My plan was to head towards Cachi for my birthday. I wanted to bike the tallest road in Argentina. On my route, was walking along in Campo Quichano, the first pueblo, and ran into some old man who invited me in for mate. I notice a lot of old men ask you if you want mate. You wanna mate... I think they know something they are not letting on to. Mate with the old men. 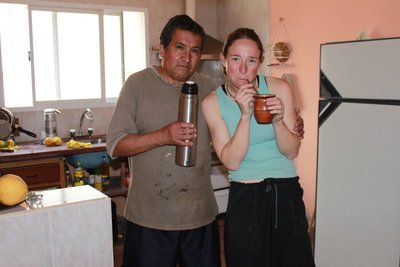 So had some mate, and it turns out his son is studying to be an english teacher. And boy did we talk. I thought I would never leave the place, and I still had 3000 feet to go. I was told after my bike loop, I had to return. Had to! They promised me a cake if I did. Tempting, but I had places to be.

So I headed up the mountain for 2 days, saw many a things and slept many a places... 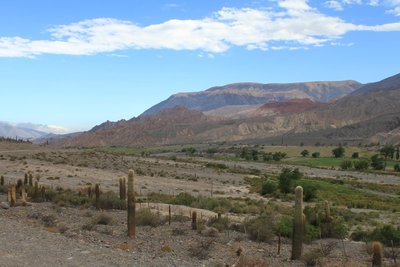 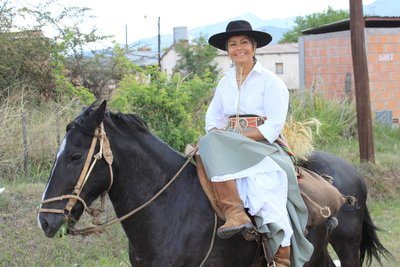 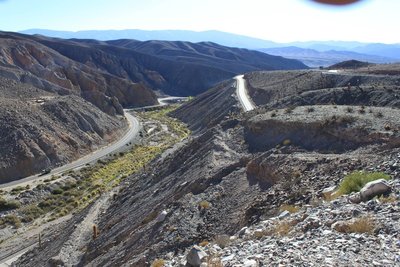 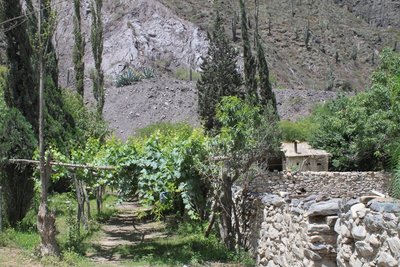 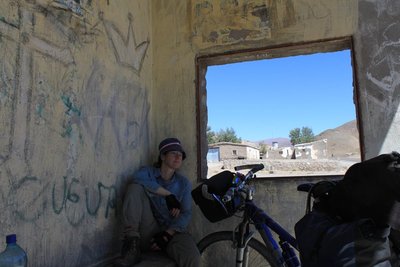 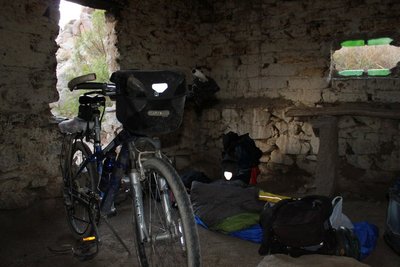 Went down the other side and realized the downhill sucked. Just sucked. No speed, bad gravel, no wind in the hair. So I hitchhiked back up to the top and went down the funside, bypassing my original plans of a circle. All I could think about was cake. Chocolate cake.

Oh the shock on their faces when I returned! Stella, the mom, thought to herself, what has my husband brought home now? They truly didn´t know what to do with me. But I showed them my lifestyle and they excepted it graciously. Stella still has yet to fathom why I would do such a thing, no matter how many different ways I tried to explain it to her. And the daughters thought I was weird at first, but liked me nonetheless. Jose Sr. went out and bought huge steaks for my birthday and we had a cook-out. 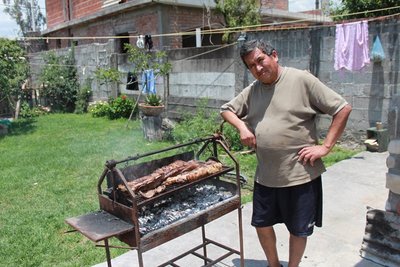 They sang, and the cake was amazing. Although I would love to be with my family for my birthday, I couldn´t have asked for better people in Argentina. I almost cried when I left. I knew them only for 12 hours, and they gave me so much love. Jose Jr. even biked me two towns over to make sure I made it towards Cachi alright. I couldn´t have been more fortunate on such an important day. 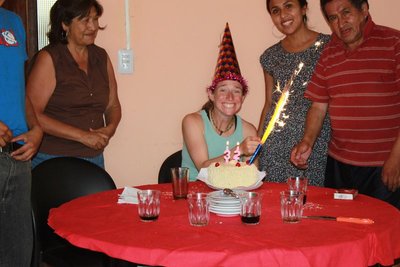 and thank you to all of you who read my blog posts and comment. it means the world to me, even though i don´t have a chance to comment back. it keeps me goin´. 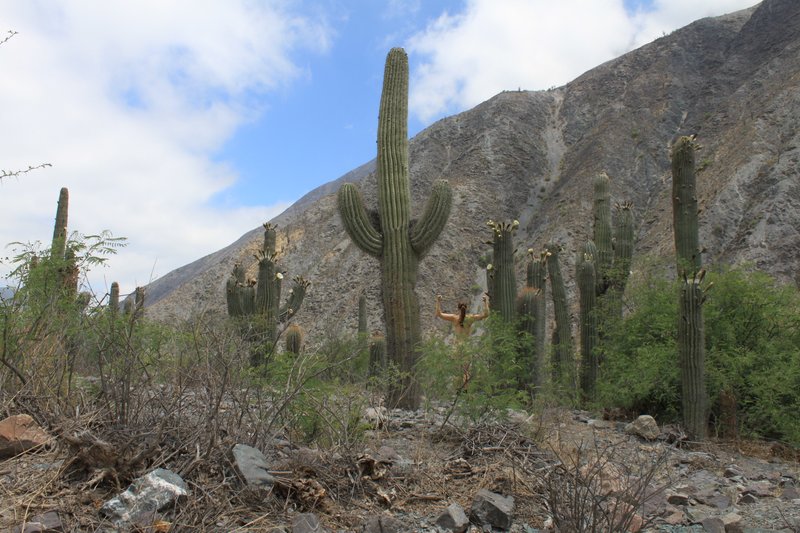