Motion by bike is my second nature ...

it lets my imagination lift from my every day concerns.

I have always been a traveler. Since the age of two, I have traveled across the state or country by car numerous times with my parents. When I'm traveling, I feel a sense of calm set over me and my voice tells me this is exactly where I want to be. That voice tends to be louder and more profound when I'm on my bicycle.

We only had two weeks to tour Cuba by bicycle and wanted to be in a scenic area the whole time. So we decided to hop on a Viazul bus from Havana and drive to Vinales, a starting off point for a more mountainous scenic rural Cuba. I always chuckled to myself when the bus driver or taxi driver would off-load our bike stroller from the vehicle and say in spanish "Your car." 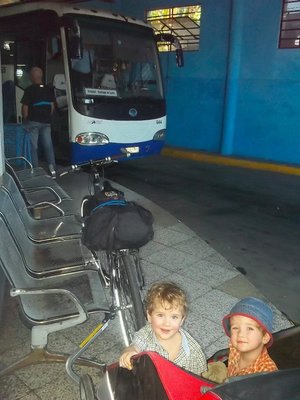 Although I had grandiose plans of then biking from Vinales (a very touristic family-centered town) to the remote western tip of Cuba where there were neither towns nor easily accessible drinkable water/food, we decided to first do a short 3-4 day loop to test out our rented Cuban bikes and speed in the heat while pulling 120 lbs. 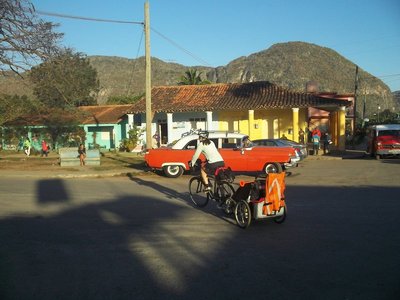 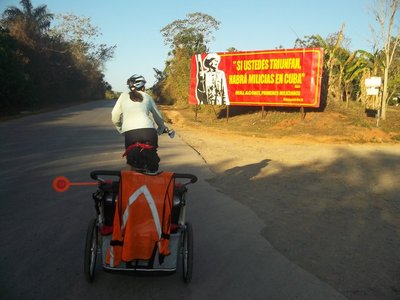 We headed towards Cayo Jutias (a lesser-known beach) via a route that went around, over and through the mogotes region -- steep-sided hills next to agricultural plains. 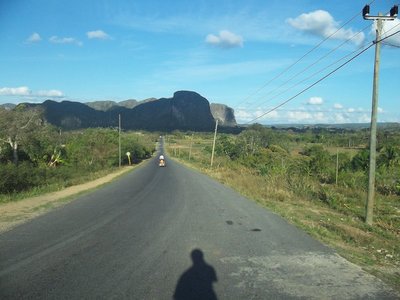 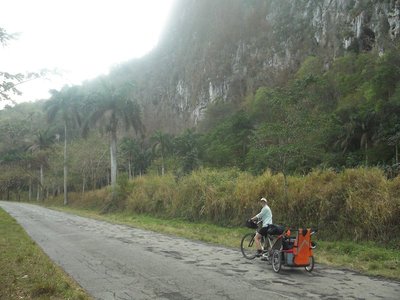 At night, we would stay in Casa Particulares, which really are AirBnB's invented by the Cuban gov decades before it took off in the rest of the world. Often, they would feed us breakfast and/or dinner for an extra cost, and it's a chance to hang with locals whom you might not encounter when staying at hotels. 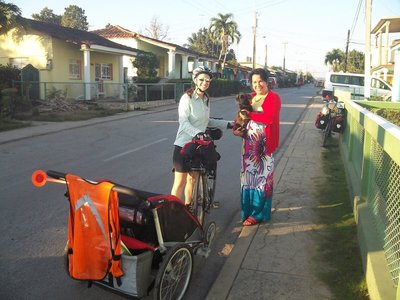 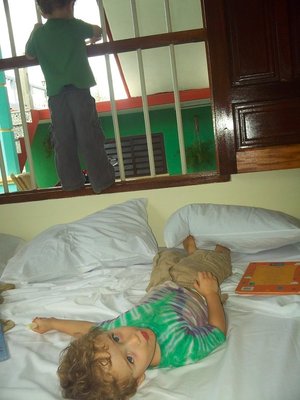 The wonders of tour biking are that it allows my family and I to see the beauty we would have missed traveling at a faster pace. As a tourist being chauffeured around by taxis or buses, you head to a place someone else decides is where you want to be. In a rented car, you are restricted by a big vehicle that cannot always stop the moment you want to, lest you be in the way or danger of others. On a bicycle, we can stop whenever we want; either at a little sugar-cane juice stand, freshly squeezed right in front of us, or on the side of the road to sit and do nothing. Rarely are we in the way, and if we want, we can be hidden from others. 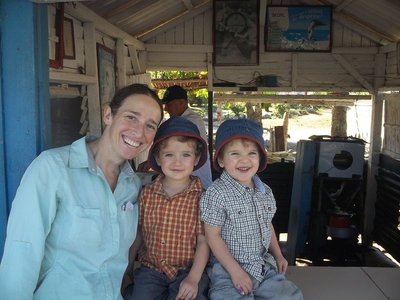 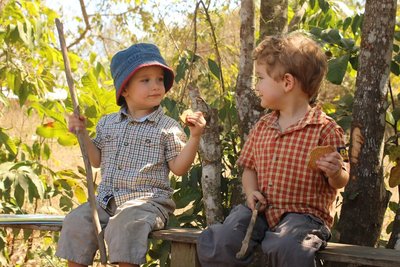 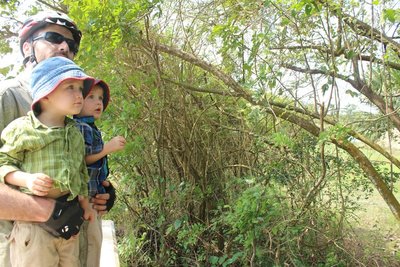 Tour biking with a family should be called slow biking. We flow at a slow pace, but are then allowed to tune into our surroundings. For me, it's a bit of every day meditation -- when my kids' needs are 100% met that is, and that in itself, is a huge challenge. But I believe that as a society, we need to be reminded that slowing down and being in the present, not thinking about what we should have done and what we have to do, is important for our emotional health. At the same time, I get to experience an amazing foreign culture and educate my children on the similarities and differences of other peoples lives. (The plant is tobacco for those who are curious.) 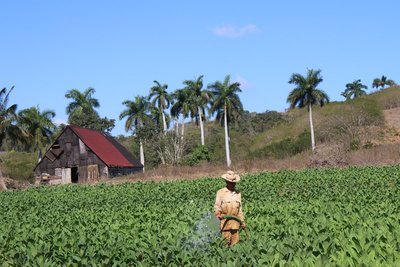 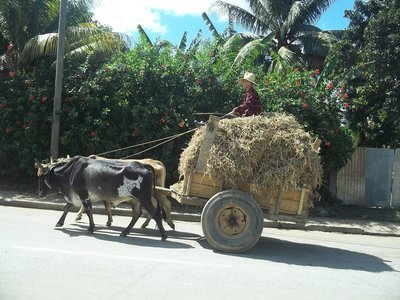 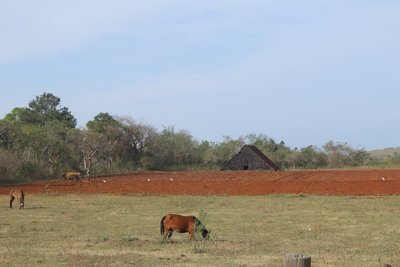 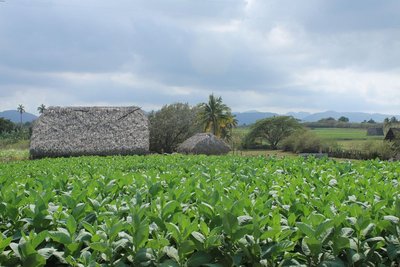 We had to dodge many obstacles along the road; namely other bikers, horse-drawn carriages, potholes and animals. Cars were seldom an issue and gave us enough space and honking notice before they passed. 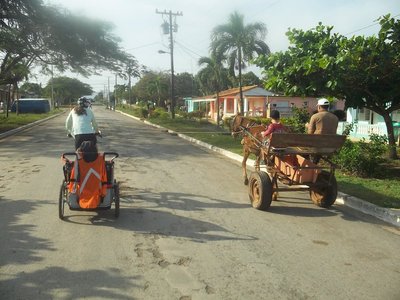 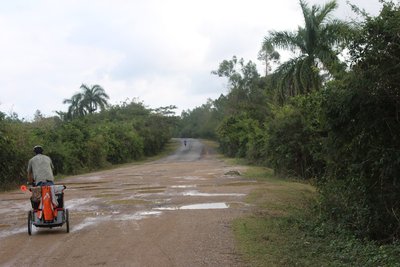 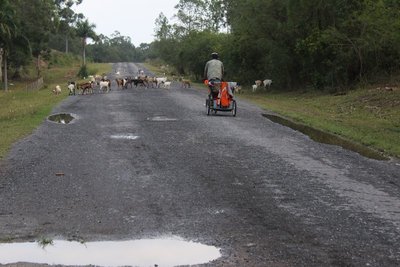 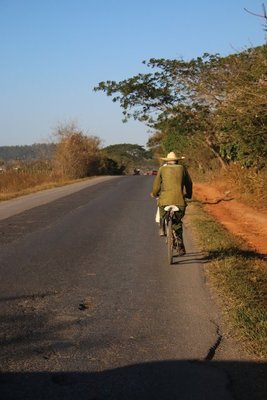 After a full day of riding, and a semi-decent tailwind (only travel west in Cuba if you can), we made it to Cayo Jutias. After a good night sleep, we road the last stretch toward the ocean. 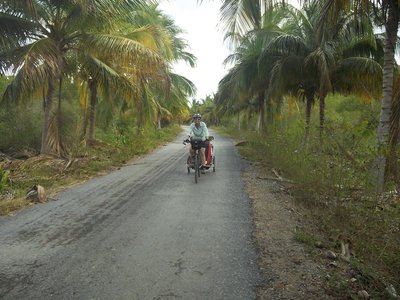 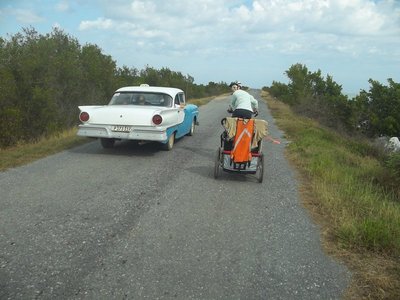 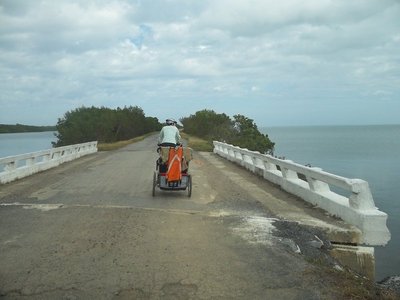 Since we weren't in a taxi, we were able to pull off on an unnamed side road 10 minutes before the tourist beach. We found ourselves in the exact place I had envisioned when planning the trip, an unnamed beach lacking any visitors except for five fisherman in tame waters. 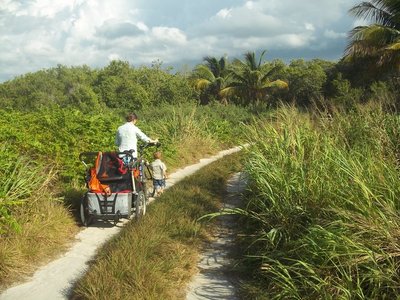 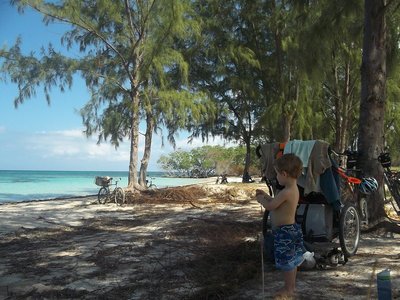 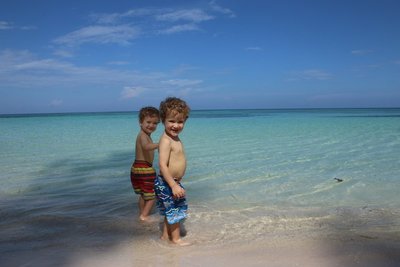 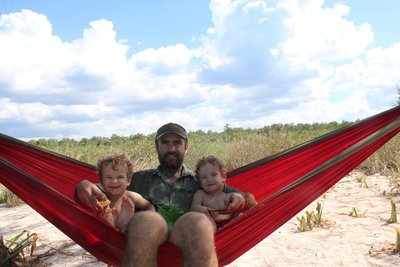 Pico Iyer once said, "In age of acceleration, nothing can be more exhilirating than going slow. In age of distraction, nothing is so luxurious as paying attention. And in an age of constant movement, nothing is more urgent than sitting still. " We had done just that... and it was exactly where I had wanted to be. 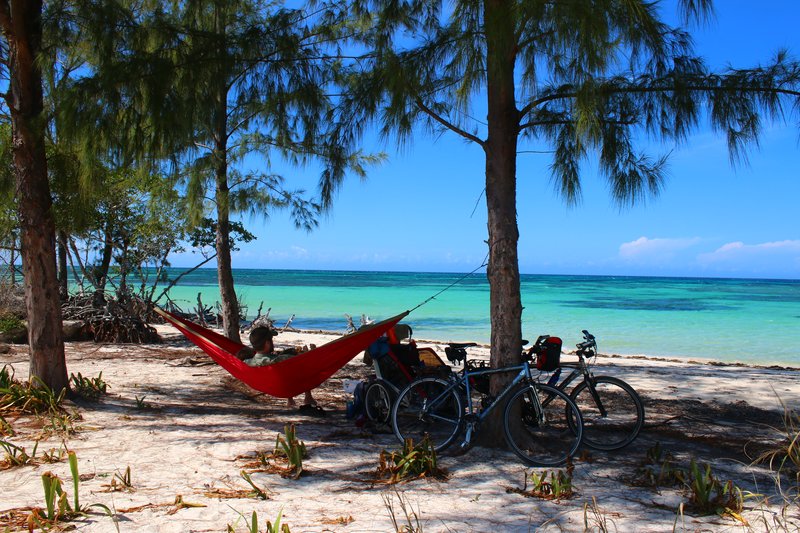